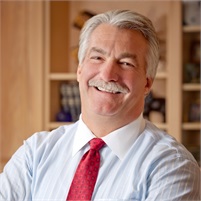 For 29 years Jon Dabareiner has worked diligently with his clients as they have planned for their financial needs and their future. Jon earned his BS degree from Morningside College in 1982. His dedication to his clients resulted in Jon being in the top one percent of Ameriprise, one of the nation’s largest financial planning firms. While with Ameriprise, Jon was named to the Ameriprise Presidential Advisory Council for many years. In 2013 Jon made the decision to become independent, forming Dabareiner Wealth Management Group which Jon firmly believes is in the best interest of his clients.

Jon is a man who loves his community, and devotes considerable time and effort to the service of that community. Jon serves as a member of the Board Directors of the Smith Mountain Lake Regional Chamber of Commerce and of The Smith Mountain Lake Boating Association, an organization devoted to boating safety.

Jon lives on a farm on Smith Mountain Lake with his wife of 30 years, Lisa, and his daughter Marli along with all of their adopted pets of all shapes and sizes.